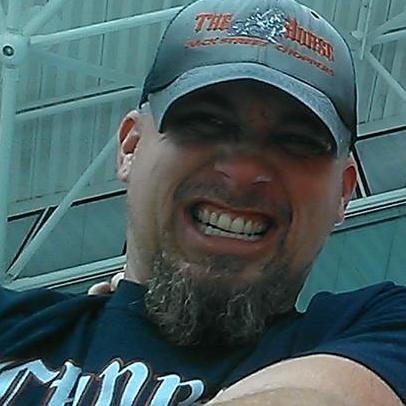 Hope everyone’s weekend was a blast 🙂

Chad’s awesome response to the #TuesFlashFicTrain prompt keeps the story going with more supernatural goodness! We even get a glimpse at Rita’s less-than-happy past. Chaos and destruction abounds. Thanks for writing such a thrilling piece to continue the story!

Be sure to check out parts one, two, and three before reading part four below.

A fire burned in Rita’s stomach. It burned with such ferocity that her hands shook and her head tingled. All moisture left her throat as it became parched from the fires within. She clenched both hands tight enough for her knuckles to turn white.

All eyes in the bus were now staring at her as she stood defiantly against the crowd. They provoked her and she was standing against it. The accusing eyes continued to judge her. They made assumptions about her because of her expensive business suit. They didn’t know it was the only one she owned. They didn’t know she couldn’t even afford to have it cleaned properly.

As she returned their spiteful stares an image flashed before her. A dirt floor room. Dark. Damp. A man staring at her. A familiar man.

“Stop,” she muttered more to herself than to the gawking passengers.

The old lady who started this sneered at her in disgust. Rita saw the lady’s face morph into the dirty face of the man in the room. “You shouldn’t talk like that.” Her voice was deeper than before. A man’s voice.

The burning in her stomach began to boil over. She clenched her fists harder to stop them from shaking. She felt her manicured nails dig into her soft palms.

Another memory flashed before her. Women in brown robes chanted behind the leering man in the dark, damp room. They looked excited and anxious. They stared at her.

“Why don’t you just sit down girly-girl,” said a 20-something Hispanic kid.

“Why don’t you just relax and let it happen,” said a voice from another time. “It’s our way of controlling your power.”

“Stop…” The burning inside her grew unbearable. “Staring…” She began to claw the flesh of her own hands to stop the shaking. “At…” Her head tingled. “Me!”

As the last word left her mouth one of her manicured nails pierced her flesh. A drop of blood rolled off her palm and struck the cold steel deck of the bus. Memories long locked away flooded over her mind as the fires inside her took control.

Glass exploded inwardly as the drop struck. Shards of glass flew towards the eyes of every passenger. The bus screeched to a halt as every passenger except Rita was screaming in pain. None were staring at her now.

Looks like I was right about my prediction last week – Rita’s reached a meltdown of epic proportions. With only one week left to wrap up the story, what will happen? Now that we’re so close to the end, start thinking about a title for the piece – I’ll take all the suggestions and put them up for a vote!

Be sure to visit Chad and congratulate him on social media:

And don’t forget to check out his website (which has a pretty cool name I’m slightly jealous of)! There’s a ton of great content just waiting to be consumed:

Thanks to all participants (readers, writers, & sharers) and stay tuned for tomorrow morning’s prompt!