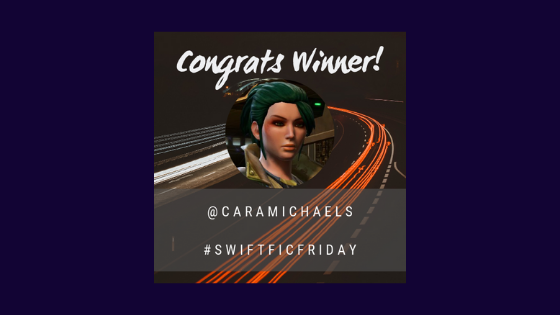 Check out her story below and congratulate her on Twitter 🙂

Jade stopped her pacing to stare. Gareth leaned against a nearby tree, cherry blossoms tumbling around him with annoyingly aesthetic ease.

“Death is part of the cycle.” Damn Gareth for sounding so blasé about it. He’d been through this enough to apparently harden whatever little he had resembling a heart. “It can’t be avoided forever.”

“Even for them.” Jade had no interest in Gareth’s attempts to placate her.

“Losing your first is always the hardest.”

“I made a promise.” And damn this system for insisting she break it.

“Then what’s the point of making them?”

Gareth’s smile walked a fine line between understanding and exasperated.

Yeah, yeah. She got it. Mortals died. Part of the cycle, blah blah blah. But—

She was a guardian. Her entire job revolved around keeping mortals from dying. Keeping her mortal from dying.

Right up until it didn’t.

“How much time is left for your job?” Gareth asked.

“My job has a name.” She pushed the words through clenched teeth. “A name. A life. A family. People who will be left behind and broken by this.”

“The breaking is also part of the cycle.” Gareth pushed away from the tree and crossed the tiny courtyard to where Jade stood. His hands curled over her shoulders. “You know this is how their souls learn. How they grow.”

Come back on Friday for the next prompt!