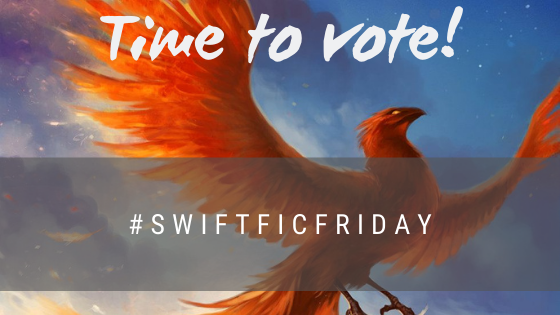 Lance Bottoms was born just beyond the boomer boundary. Of course, it was a movable margin, arbitrary as all get out. But if 1964 had become the accepted boomer outer limit, his birth in 1965 consigned him to a different demographic, Generation X.

It was only in his fourteenth year that the timing of his birth began to grate on him. It started slowly…initially with the release of the movie Hair. He had been aware of hippies and the magical revolutionary Sixties and the like. Certainly, they continued to exist in modified form. Many of his teachers had the look, as if they knew of pleasures that he could only dream of, as if their brains had been formed with Maryjane smoke rings.

As he aged, he could see that his generation was just a little sadder, a little less glowing, seeking joys that were just not particularly interesting.

By the time he was twenty-one, he was spending hours in taverns, ranting away, drinking himself into oblivion.

“X marks the spot where I sit. This is as good as it gets. I am Xcess baggage.”

Wherever his tirades took him emotionally, physically, bartenders would shush him. “Hey fellow, tone it down. Nobody needs to hear that nonsense.”

This of course only revved Lance up further. “NONSENSE. The Boomers took it all. Left us nada. We are Xtraneous. Almost non-Xistent.”

In time, the aging process mellowed out Lance somewhat. And of course, his bouts of brief institutional care assisted him to adjust to his unfailingly unavoidable demographic.

As his psychiatrist, Dr. Flower Child Ocean, shared, “Lance, with careful use of your medication, there is an Xcellent chance you will find peace. It worked for me. So, chill out.”

“Our first stop’s easy, but the second may not be as happy to see me.”

Caldwell Keller paused at the crest of the hill. The Mediterranean breeze felt nice. Karl and Wenona followed in awkward silence at social distance. Not the veteran mercenary’s most fun team, but a lot more fun than the hail of pink shurikens that peppered the ground at his feet.

A high familiar voice muffled by a pink motorcycle helmet launched into a too familiar monologue. Caldwell groaned and drug a hand over his face.

“You who have evaded terrestrial justice shall now be mete celestial judgment by my hand!”

The girl in the goofy superhero costume completed her introduction with its choreographed sequence of poses. Karl turned to Caldwell with a raised eyebrow.

“Is this the second one?”

“No,” Caldwell rolled his shoulders and extended his shadow. “An appearance by the callow crusader is the last thing we needed. Aren’t you a little far from home, kid?”

The pink ranger rushed the grey-haired mercenary. His shadow rose in a sequence of impaling spikes but struck a sudden empty mist. He barely trapped her blade between his palms as she reappeared on the attack behind him.

“The jurisdiction of justice is without limit!”

Caldwell cracked the visor of her helmet with a headbutt before sending her tumbling with a fully extended thrust kick.

The youthful champion rolled to her feet with a mystic hand sign. Before Caldwell’s shadow could fix its hands around her throat another of her appeared for a synchronized giant hammer attack.

“Well, that’s new!” Caldwell flipped clear, sparing a glance to his companions. “Karl, Wenona; go ahead and tell Melantha I need an extraction!”

298 words, by David A Ludwig (@DavidALudwig)

“Nothing’s ever fucking easy!” My frustration escaped, the words leaked out, and I already wished I could take them back.

Deborah’s laughter was what I needed, though, “Of course it’s not easy, silly. It’s supposed to be hard.”

I don’t know why I wished that, as it made on sense. It’s never simple to rescue someone who is a prisoner. That’s what most of the hidden are. Prisoners. Held by someone, against our will, forced by any means that works to do what they want us to do.

“She is a hidden. They’ll make it hard.”

“I know, Deb. I know.” I took a deep breath, and let it out. “Rather callow of me to wish for simplicity.”

“You could start at the beginning, again. Maybe there’s something you missed.”

Of course there was something I missed. There were things I didn’t know. I knew where she was being held, but I didn’t know who was holding her, what her captor wanted, what threats kept her under control, how many layers of protection were around her.

“I don’t know a damn thing.” It was the truth. “You’re right. I need to start at the beginning. And go from there.”

She handed me a notebook, and a pen. “I always start with a list.”

She kept me focused, I knew that. Without her, I was total chaos. While that wouldn’t kill me, it could kill who I was trying to rescue, and cause oceans of collateral damage.

I started over, with a simple outline.

It wasn’t much, but it was a start.

Phinn watched Kendra light the brazier and began to chant in whispers. The gathering of her magic rippled across his skin, but the movement was subtle, as if only part of him recognized it.

Yeah, the human half.

Kendra was an Earth Witch and she manipulated energies that even the Fae couldn’t touch. Watching her work made him feel like a callow youth at the beginning of his magical studies. She reminded him so much of his mother with her certainty and confidence as she tossed the herbs into the brazier.

Fragrant smoke rose to fill the room as her whispered chant infused it with earth magic. She kept chanting as she moved to the bureau and handed him her bejeweled fan. When he raised his eyebrows in question, she pantomimed fanning the smoke toward the door.

He waved the fan at the smoke as she continued to chant, her voice slowly gathering volume and power. The smoked sifted around the edges of the door as if a living thing, leaving the room entirely. They continued waving and chanting for another few minutes until she let her voice fade into silence. He kept fanning as he shot her a look with raised eyebrows.

She nodded as the last of the smoke left the room.

He placed the fan back on the bureau and headed for the door. “Ready?”

She nodded again. “Let’s do this.”

Phinn pulled the door open and glanced out to the hall. The guards remained and he grimaced, almost shutting the door again. But Kendra stopped him.

“Step out and walk down the hallway to the left as if you have somewhere to be.” She waved at the open door.