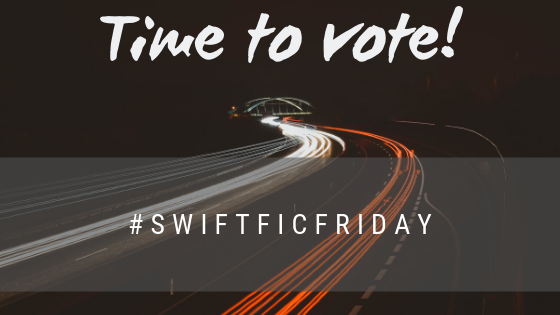 Persephone sat picking out the seeds of the pomegranate she was nibbling at, pausing just long enough to glance up. “Does it bother you?”

“Does what bother me?”

“That we have no idea how Morticia’s soul ended up here without Mortaem’s guiding hand.”

“What do you think it means?” she asked. “Her body was never properly buried. No coin passage paid to Kharon. She didn’t even cross the rivers. She simply…appeared, right at our gates.”

Persephone paused. Only the tinkering of utensils to break the quiet worry before she spoke again. “What if more souls begin to show up in that same fashion? What will we do?”

“We will have to find a way to fortify the gates, then.” Hades frowned. “I cannot fathom how we would do that just yet though.”

“Perhaps it was a fluke happening. Another god or goddess tipping their scales into the mix. Morticia claimed herself an herbwitch, right? Perhaps Hekate has a hand in this.”

Seriousness crossed Hades’ face. “Don’t let mighty Hekate hear you say that. She may take it an accusation, and you know how she can be.” His fingers drummed along the table. “I will warrant, however, that it could be a possibility. Hekate is deemed an Underworld goddess.”

Hades chuckled, a deep rumbling sound. “And risk her throwing me into Tartarus’ pit? I think not yet.”

Her gaze cast down to their half touched meal, frowning to herself too. “Then what do we do?”

“We wait. For now, at least. Let Mortaem go through these trials and see where this leads.”

I shook my head as Flint parked the bike under a lean-to attached to the side of the cabin. He shut the bike off and waited for me to dismount before he stood beside me without a word. I took off the helmet and let the silence of the snowy night fill my awareness. Where had the thunder gone? Maybe it was cold enough up there in the mountains that it killed the electrical storm.

“Come on. Let’s get you inside.” Flint’s signs were short and emphatic as if he was impatient with the cold.

I can’t blame him. He’s the one running around with nothing but jeans and shirt with the arms cut off.

He let me in through a side door under the lean-to and flipped on a light switch. I expected fluorescent light, but what I got was starlight and magic. He’d strung up white holiday lights all over the inside of the cabin, creating a fairytale boudoir if rustic furniture and cozy fleece blankets. I stood gobsmacked in awe.

He paused in what he was doing to raise his eyebrows, but instead of asking any questions, he gestured to the rustic wood table and matching hefty chairs. “Come eat.”

I blinked. He’d set out an entire feast on his table while I’d stared at the lights and he’d even lit candles and set out cloth napkins.

“Wow,” I said again and settled into one of the chairs. “When did you do all this?”

He gave me a one-shouldered shrug. “Before I came to your place. I wanted a special night with you. I didn’t know Creighton burned your home.”

“This definitely makes up for some of it.”

He smiled and it warmed my heart. “Let’s eat.”