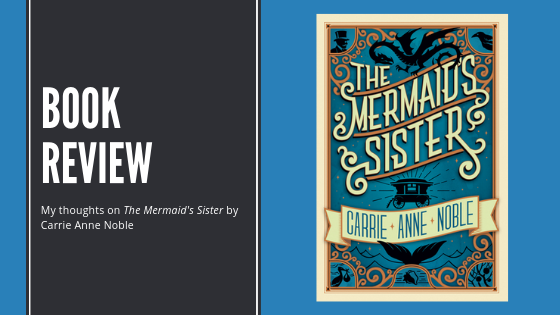 There is no cure for being who you truly are…

In a cottage high atop Llanfair Mountain, sixteen-year-old Clara lives with her sister, Maren, and guardian Auntie. By day, they gather herbs for Auntie’s healing potions. By night, Auntie spins tales of faraway lands and wicked fairies. Clara’s favorite story tells of three orphan infants—Clara, who was brought to Auntie by a stork; Maren, who arrived in a seashell; and their best friend, O’Neill, who was found beneath an apple tree.

One day, Clara discovers shimmering scales just beneath her sister’s skin. She realizes that Maren is becoming a mermaid—and knows that no mermaid can survive on land. Desperate to save her, Clara and O’Neill place the mermaid-girl in their gypsy wagon and set out for the sea. But no road is straight, and the trio encounters trouble around every bend. Ensnared by an evil troupe of traveling performers, Clara and O’Neill must find a way to save themselves and the ever-weakening mermaid.

And always, in the back of her mind, Clara wonders, if my sister is a mermaid, then what am I?

This one had been sitting on my Kindle for a while.

The Mermaid’s Sister is the story of a young girl with a remarkable sister. The title essentially says it all – though the story is about Clara, her story – in her own mind – revolves around her sister, the mermaid Maren. Throughout the book she constantly reminds herself of how unremarkable she is when placed next to Maren. The origin story they were told growing up is special for both of them, though – Maren was found in a sea shell and Clara was brought by a stork to their half-fae guardian. That causes Clara to constantly fear undergoing a transformation like her sister’s. While Maren turns into a beautiful, otherworldly mermaid, Clara worries she’ll soon become a stork herself.

The story itself is about Clara’s transformation, but not into a stork. It’s her transformation into an adult confident in her own skin. It’s a lovely story of how much she loves her family, and the lengths she’s willing to go to in order to save her sister and give her the life she needs – regardless of Clara’s feelings about it. She’s a beautifully written character who is introspective and self-aware – a quality we don’t often see in YA protagonists. The characters around her also feel real, and though we see them through her eyes only, it’s clear that entire stories can be written about them and what they’ve experienced.

This story was one of the quickest reads so far this year. I fell into the story easily, comfortably, and it reminded me of the fairy tales I like best. The world was just flushed out enough that it didn’t get bogged down in world-building, and allowed the focus to remain on the characters rather than the rules of the world. And yet, it hints at a complex world that could easily have more stories in it.

I really enjoyed this one, and only wish there was more of it.