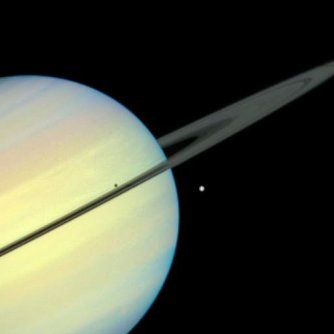 So I really, really dropped the ball this round. Things have gotten a bit hectic and I’ve neglected this prompt series. I’m hoping to finish up this round, and then will be going on hiatus until I can get things in order again.

First things first, though! The only reason we are able to continue moving forward is the awesome Stacy Overby! We continue this story thanks to her great writing and imagination, so thank you for participating and taking time out of your day to indulge my writing prompt 🙂 I know I’ve said it before, but you rock!

Be sure to check out parts one and two before moving on to part three!

Mark took a deep breath.  He headed down the steps; his heart threatening to choke him.  Mark fished out his pocket flashlight, keys jingling from the ring.  At the bottom, Mark froze.  On the bench lay an old man.  He had newspapers for blankets, but his cleanliness struck Mark as odd.  At the man’s feet a scarf coiled into a neat pile.  Sienna’s scarf.

Rushing thoughts crowded his mind.  Mark strode over and snatched the scarf.

“Where did you get this?” his low voice bounced around the abandoned station, “What did you do to my sister?”

“Settle down, son.  You’re barking up the wrong tree.   I ain’t involved in your sister’s mess.”

“But you know about it.  And you have her scarf.”

“She lost it down here.  I found it.  Knew someone would be coming for answers.”

“Found the reason the subways were abandoned, I reckon.  She still alive?”

Mark blinked several times, feeling as if the man slapped him.

“She’s the first, then, in a long while who survived.”

“Who are you?  What are you talking about?”

The old man grinned.  Perfect white teeth peeked through the bristling grey beard.  He stuck out his hand, “Patterson.”

Mark took the proffered hand and, shaking it, noticed the neatly trimmed nails and lack of dirt that belied the dingy coat sleeve.

“What are you doing down here?  I don’t believe you’re a bum looking for a place to sleep.”

Patterson nodded, “Observant.  Good.  I keep an eye on any broken gates until they can be repaired.  I try to keep people out on account of the thing down here.  Don’t always work, though.  I think it calls people down sometimes.”

Mark ground his teeth and balled his fists, “But what is it?  And if you’re watching it, how did my sister get passed you?”

“Like I said,” the old man sat up, an air of authority settling over him, “We don’t really know what it is.  No one has ever gotten a good look.  Seen enough to know it’s no known creature.  The bodies left say so, too.  Ain’t right, the way they died.”

“Got passed me because there are two open gates.  Was trying to watch both at once until Jackson got here.”

“To be frank, I wonder why your sister survived.  She’s the first in over twenty years.  Maybe ever.”

Wonders abound! What strange creatures could be down there, and why did they lead Sienna into the subway? This story just gets better by the second and I can’t wait to know what happens next.

Be sure to visit Stacy Overby and tell her how amazing she is all over social media:

Also, check out her website. Looks like there are quite a few cool stories to read and she has her own flash fiction contest series! She’s in the process of transitioning to a new site, so here’s both: