So I definitely jinxed myself with all that optimism last week. Here I was all excited to get going on these ideas, and as soon as I attempt to write something down, it’s like a well dried up in my brain. Ugh. That’s the worst feeling. Anyway, here’s hoping that slowly chipping away at my keyboard eventually gives way to a flood of writing. Fingers crossed.

In the meantime, I couldn’t be more grateful for #WOW555 prompts. This week’s prompt is responsible for the majority of the writing I got done in the last few days.

Prompt: For this week, let’s work on stories that reveal a secret or you could choose instead for your characters to have an aha moment. 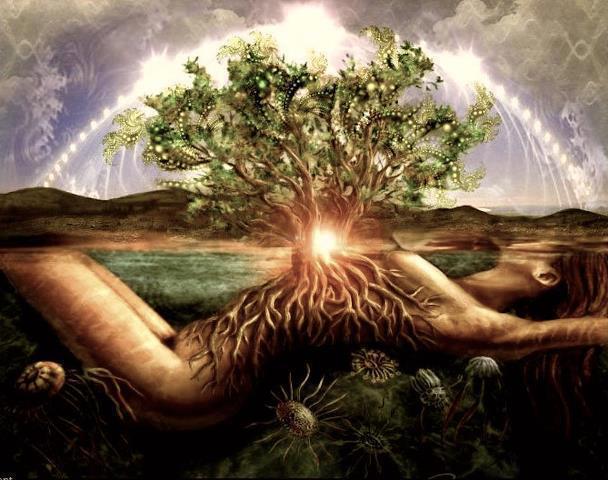 Whatever Aedan was doing, it felt like it was working. My entire body tensed with the sensation of the curse being lifted. Around us, his energy hummed with its potency. It was almost suffocating, and I realized then that this felt almost exactly like when the witch had cursed me. Something seemed to move right under my skin, shifting, changing, morphing. And then I feel it, a stillness that overtakes me completely before my entire body constricts. I call out, the feeling almost painful though it brings with it a kind of release.

As if emerging from nearly drowning, I gasped, nearly choking on the air around me. After a coughing fit, I looked up at Aedan. His eyes watched me, scanning for anything out of the ordinary. “Did it work?”

“I…I think so.” My entire body felt soft – moldable, a familiar feeling I hadn’t even realized I missed. A second later, I’d taken Aedan’s form. I never made a habit of shifting into other people, but it was the ultimate test.

Before either of us could say anything, a cry came from the house – from Emma’s room. Aedan’s eyes widened, but he remained rooted to his spot. I changed back into myself and rushed inside, taking the stairs two at a time.

“Emma!” I banged on the door – locked – but her cries continued inside. She couldn’t hear me. Quietly apologizing to Alana for the damage, I kicked at the door until the latch came away. “Emma, what’s wrong?”

She was curled on the floor, whimpering now, her body convulsing with tremors. “My m-magic.”

Her voice was barely a croak, the struggle to speak obvious. I crouched by her, cradling her in my arms and holding her close. “Can you fight it?”

I barely registered Malakai’s words, but managed to answer. In response, he held me closer, his lips placing feather light kisses on my face, urging me to relax. Closing my eyes to the pain, I tried to breathe, tried to maintain control – but I was failing. Something inside me finally snapped, and I felt a surge of energy, a burst in my chest, like a dam breaking under the pressure of a flood. My whole body went slack, and I could have hit the floor again, if Malakai hadn’t been holding me.

“Emma?” My father was at the door, reluctant to enter. His eyes were worried, apprehensive, confused. “I don’t know what happened – you should have been safe in here. My magic shouldn’t have-”

“But it did.” Exhaustion was evident in every word. Would this have happened if I hadn’t been trying for so long to let it out? It dawned on me then that no, it wouldn’t have. This was as much my fault as it was Aedan’s. Maybe we were better off this way, though. “How long do I have – before the court comes for me?”

“I don’t know.” Aedan’s voice was heartbreak – sullen and hollow.

So there’s that – I’m hoping to work in some more action. The end is so close I can almost taste it! Maybe I’ll compile all the bits into a novella (filling some of the stuff in between) and put it up as a free e-book. Who knows?

Don’t forget to check out the rest of the entries on Saturday and vote. If you’re so inclined, think about joining in on the contest!