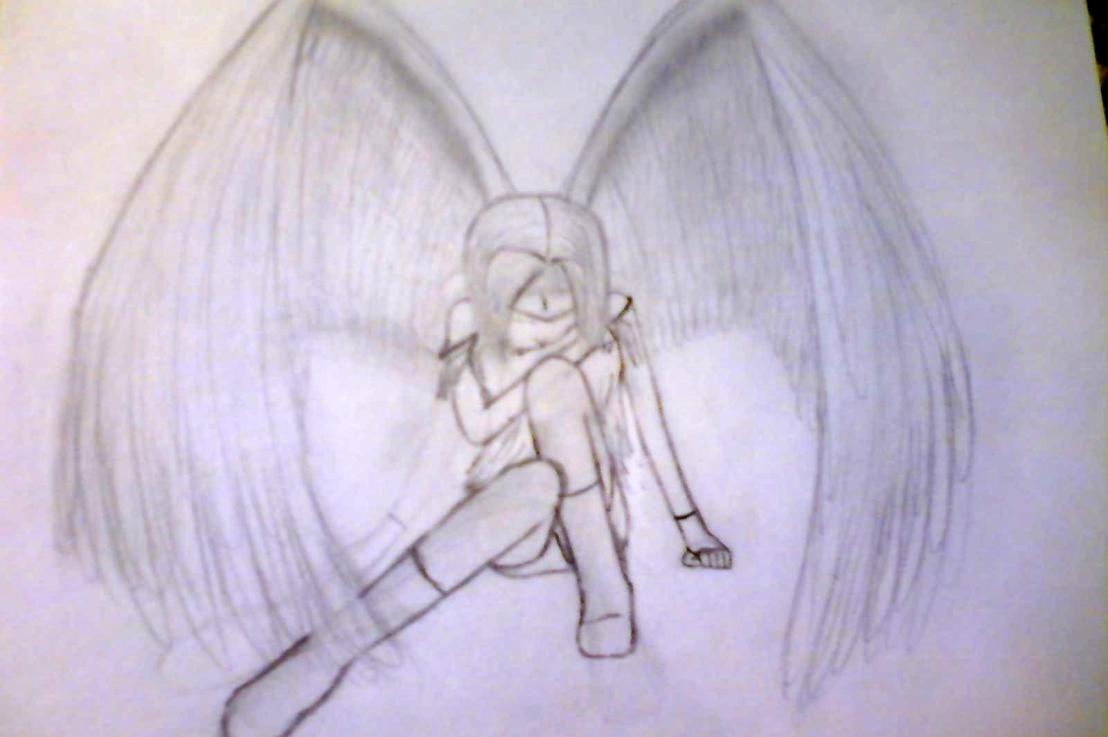 Hello! So it looks like this blog is turning into my scrap board. I’ve been getting some ideas lately for Reckoning‘s sequel, and this is a tiny bit of a character study that hints at the background of one of the characters to appear in The Breach #2 (still untitled, and will remain so for quite some time, unfortunately).

This character’s name is Suriel, and she’s still a little rough around the edges. Here’s a snippet of a scene that happens before the main story, possibly to be included in the book, but maybe not.

A knock on the door in the middle of the night never means good news, and this time wasn’t any different. With a sigh, I got up from my cot in the small cabin and made my way to the door. Reluctant, though I knew I had no choice, I called out, my hand on the door.

“What?” Rude, I know, but I couldn’t help it. Angels might not need as much sleep as humans, but that didn’t mean we enjoyed getting disturbed in the middle of the night. I peeked through the peephole, regretting the decision almost immediately. On the other side, Gabriel waited patiently.

“You don’t have to snap at me, Suri. I just want to talk to you.” He ran a hand through his tawny hair, a nervous habit he’d developed after hanging around humans for so long.

Opening the door, I reiterated my question. “What? I’m not in the mood.”

Leaving the door open, I turned my back to him and made my way back to the cot, dropping myself onto the thin mattress like dead weight, my eyes fixated on the ceiling in a failed attempt to hide my discomfort. Squinting, I tried to make out patterns in the wood, though it was too dark to see much. The window by the cot only let in enough moonlight to light bits and pieces of the room, casting most of it in shadow. The open door helped some, but it didn’t make a huge difference.

“The boss wants to see you.” Gabriel leaned against the door frame, arms crossed across his chest. “Don’t ask me why. I’m just the messenger.”

Turning my head to look at him, I almost couldn’t see him past my hair and the pillow obscuring my vision. “Now? Fine.”

“I know you’re in a mood, but you don’t have to take it out on me, little sister.” He chuckled a bit, prompting me to glare at him. Little? I practically towered over him.

“You’re the only one here, and I should get it out of my system before seeing him…” I left the semi-comfort of my cot once more to rummage for my things, strapping my armor over the loose clothes I wore. Sword in place at my hip, I turned back to Gabriel. “If you don’t want me to snap at you, you could leave, you know.”

He shrugged, raising his hands in surrender. “Whatever. I know you’re upset and reluctant to talk, and I know why. Just…know that I’m here, alright? If you ever need an ear…”

“It’s been eons, Gabe. If I needed an ear, I would have sought one out by now. I’m fine.” His concern managed to soften me, at least a little. I knew he was just trying to be helpful, but I wasn’t a fan of sharing. Every anniversary was the same – rather than talk, or celebrate like most did, I locked myself up and stayed away from everyone. It didn’t help that I could hear the celebrations going on outside.

“If you say so.” Without another word, he left. I waited a beat before following him out the door. Moments later, I stood before a pair of large oak doors. I never did know how I ended up there each time – none of us did. When the boss called, we just knew where to go. With a deep breath, I walked across the threshold through the opening between the doors. The other side of the oak doors always surprised me. It was always a different scene, a different landscape. Today, it looked to be some kind of garden, a greenhouse of sorts.

“I’m over here.” His voice, light, that of a child, called to me from somewhere within the foliage. I followed, until I came to a small clearing, where he sat, examining and watering a plant. The form of a child was his favorite, and I rarely saw him as anything else. Despite his external appearance, however, the depth of his eyes betrayed age and knowledge. When he looked at me, he was looking into me.

“So formal. Always so formal. Come here and look at this.” His voice, full of wonder, was as eager as that of a child who just made a new discovery. I walked over to him, and saw that the plant he tended to was new, one I’d never seen before. It had oddly shaped petals that varied in color from a deep purple to a bright red. It’s stem – a green so light it was almost white – trailed back into the dark soil.

“Isn’t it?” He smiled up at me, and I couldn’t help but smile back. Turning his attention back to the plant, he started humming.

“Sit, relax. You’re always so tense.” Begrudgingly, I did as he asked, sitting cross-legged on the ground across the plant from him. “Yes, I asked to see you because I have an important task for you, Suriel.”

It had been a while since my last major assignment – babysitting Cain – but he’d never given me a reason why. Ever since Cain fell off my radar, I guessed the boss decided to cut me a break.

“And what’s that, sir?” I held my hands in my lap, fingers fidgeting. When was the last time I’d been so nervous? I tried not to think about it.

“I’m sure you’re familiar with Lexia?”

Hope you liked it!